Kevin would like to congratulate you on your new job (for the next unspecified period of time) here at Kevin's Contrived Plot Device Of A Tortoise Sanctuary!

Your job here is very simple: just make sure Kevin's tortoise doesn't get woken up by the other tortoises (and the occasional yob) that lurks here.  You can probably guess what the deal is; keep an eye on the cameras, close the door whenever something else shows up to wake up Kevin's tortoise, and turn off that gosh darn terrible music as soon as it decides to start playing.

But whatever you do, don't wake up the tortoise!

(Anywho , rest assured that there aren't any jumpscares in this, I'm not a fan of them either (and true horror doesn't rely on cheap gimmicks such as jumpscares 😤). And yes, there is an ending after a certain length of time, but I came up with the title first and I don't want to participate in false advertising so it shall remain unspecified)

EDIT: Now with a brand new endless mode for the true 'unspecified period of time' experience!

EDIT 2: Want to know how everyone in the tortoise sanctuary works, and don't want to sit through the tedious process of 'trial and error'? Yes? Well, consider reading this field guide about the cast of characters you may encounter here!

EDIT 4: Moved the content from Edit 3 into the guide linked in Edit 2. And here's some boring information about the development of the game

No. This game is not built for mobile, therefore, mobile controls will not be added.

Unity WebGL doesn’t support mobile devices. It might work on high-end devices, but current devices are often not powerful enough and don’t have enough memory to support Unity WebGL content.

If you wish to use Scratch when developing your games, that’s your own prerogative.

However, sometimes sacrifices have to be made to develop a properly cohesive gameplay experience. Mouse-based controls were originally considered for this game, however, the problem of ‘where should the door/camera/turn around buttons go on the screen’ posed major problems.

Furthermore, the door uses a ‘hold the button to keep the door closed’ system (much more intuitive than a ‘toggle whether the door is closed or not’ system), in an attempt to deliver players a much more satisfying ‘slamming the door in the face of an enemy/cowering in fear’ experience. This simply would not work on a mobile device (or, at very least, would be extremely uncomfortable). And, of course, the player is not allowed to check cameras or turn around whilst the door is closed (as allowing the player to perform these tasks risk-free would detract from the intended panicked experience), so then that opens up the can of worms known as ‘should the player have to then open the door manually, or risk player frustration by making the door open automatically if the player touches another button?’ - both of which would lead to a particularly unsatisfying gameplay experience.

And when the choice is between providing a somewhat-contrived-and-relatively-crap gameplay experience (by adding clunky mobile controls) or ‘telling people to play on PC instead (and making the game playable in-browser so the player can use any type of PC to play it)’, it makes sense to pick the latter over the former.

How did you know it was scratch?

when one knows what to look for, it’s usually pretty obvious

Does your browser support zooming out the page?

If you’re using a mobile device, One Unspecified Period Of Time At Kevin’s does not support mobile devices (due to the controls being keyboard-based), and mobile support will not be added.

If you’re not using a mobile device, consider either downloading a browser which can zoom out (such as firefox), or, if you are on Windows, downloading the Windows build of the game.

Alternatively, if you’re still unable to zoom out for some reason, click on the translucent square button on the bottom-right of the game viewport. This will make the game fullscreen, allowing you to not need to zoom out. 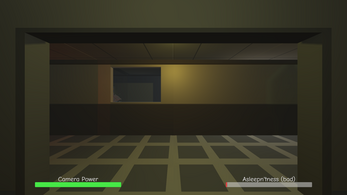 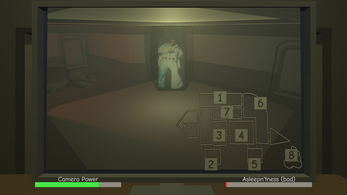 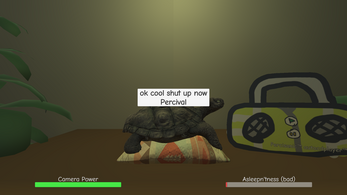 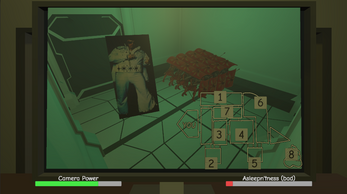 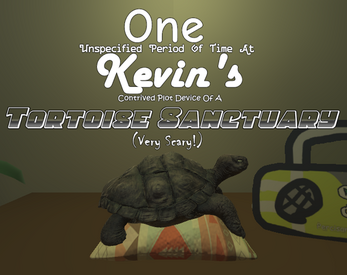